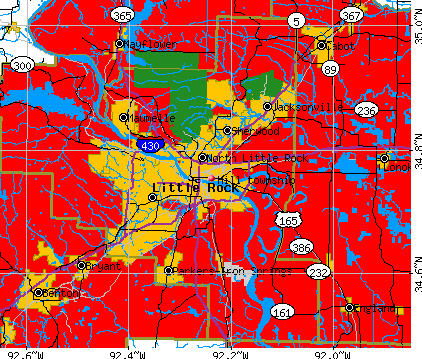 Little Rock, Arkansas—specifically Pulaski County– is Ground Zero for a Shigella outbreak that has reached 18 counties in the Razorback State.   Arkansas has already recorded more cases of Shigella in 2008 than it did during all of last year.

This year’s 118 confirmed cases in less than five months compares to 105 in all of 2007.  And, 63 of this year’s cases involve people who live in Little Rock and the surrounding Pulaski County.

According to the Arkansas Democrat Gazette:

“We have definitely seen an increase in cases,” said Craig Gilliam, director of infection control at Arkansas Children’s Hospital.

Arkansas Children’s has seen 16 cases so far in May, up from 13 in April, 11 in March, and two in February.